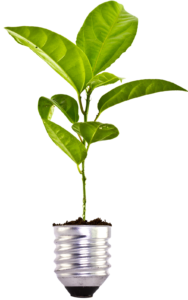 EPC stands for “Engineering, Procurement and Construction” or Design-Build construction of solar photovoltaic energy systems. As an EPC contractor, Solar Corona Energy help its customers from concept design to commissioning of the plant that considers time, cost and quality parameters. The unique combination of highly skilled project management, highly qualified resources, engineering capabilities and a reputation as a quality builder has enabled our firm to compete in numerous utility scales SPV projects throughout the country.

Solar Corona is a comprehensive EPC solutions provider. It offers the expertise as well as the tools to commission and execute solar projects of any proportion on a turnkey basis from conceptualization to completion while catering to the custom requirements of clients. It offers solutions for residential, commercial, industrial and utility-scale projects.

As a emerging player from its inception requires an introduction no more. It wants contribute to the country’s National Solar Mission, both in the commercial and domestic segment, has so far successfully commissioned 8MW plus of Solar power plant projects across.

After your system has been installed, you will want to make sure that the panels and conduit are still in great condition. Squirrels, birds, insects, and mother- nature can affect your system. Clean your modules every 6 months for optimal performance, and make sure module wires haven’t been chewed.

Photovoltaic systems that are connected to an existing grid are designed to supplement traditional gas, coal and oil-fired power plants. This requires a converter, since a photovoltaic panel produces direct current, and the main power grid runs on alternating current. In case you aren’t sure of the difference, direct current, or DC, is electric energy that flows in one direction only. A common example is the household battery – which is why battery-operated devices such as CD players, small electric keyboards and some hand-held games require a special adapter (technically known as a rectifier) when plugged into the wall. Alternating current or AC on the other hand, changes direction. This is the kind of power that comes out of your wall socket and powers most of your plug-in appliances.

When it comes to integrating CPV solar power systems into a commercial grid, an inverter, or power conditioning unit (PCU) is required to turn DC into AC. This device also governs the flow of power from the photovoltaic array to the grid and vice-versa. So, for example, when power demand is low, the PCU can cut back or shut off the flow of power from the CPV solar array and open it up when demand rises.
When it comes to such systems that are part of a larger grid, it is necessary to get more “bang for the buck” by literally concentrating sunlight. Concentrated photovoltaic technology is the science of just that; it works through the use of mirrors that reflect a large amount of sunlight onto a single panel. Use of concentrated photovoltaic technology has boosted the efficiency of CPV solar panels to nearly 40%.

A standalone system is the type you might use for your own home, though other sources – including wind, an engine-driven generator or even the local grid – is usually required. Furthermore, a standalone system only operates during the daylight hours, which means it requires some type of storage device.
Beyond this, a standalone photovoltaic system is most useful for running air conditioning, fans, and pumps for solar thermal water heating.

Both types of systems help meet particular needs, and as the technology advances and costs continue to decline, it’s likely that we’ll see an increase in solar energy implementation worldwide.